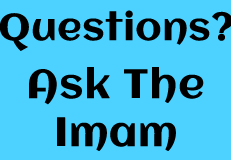 Does this Masjid offer a service for Nikha? 28. November 2016

We do offer Nikah Services at the Masjid. If you wish to discuss it further you can call the Masjid on 0121 554 9157 and ask to speak to Brother Anwar Shaikh

in the 3rd rakaah of witr before ruku in congregation does the musallis have to recite dua e qunoot or can the imam just revite it silently and it be sufficient? 29. June 2016

The musallis must recite individually too. The imams qunoot will not be sufficient for them/

We can assist you with this matter. If you call the masjid or visit the masjid and ask to speak with the secretary they will be able to provide you with more information.

The Masjid shop is normally open between Asar and Maghrib.

As Salam o alaikum. I wanted to asked if you deal with divorce/khula at your masjid?? 13. December 2015

We do not deal with divorce/ khula at our Masjid. We would recommend that you go to Birmingham Central Mosque who do provide this service. May Allah guide you in your life.

slaam walicom. hope u could answer my question inshaallah. I have money set under my name in a bank and theiney is locked for the sake of intrest. and intrest is Haram but it’s not my money it’s just under my name. will I be sinned for that? even though the money is not mine nothing to do with me other then the account being on my name? 11. October 2015

Assisting in sin is considered Haraam, hence assisting somebody else in earning interest will also be Haraam.